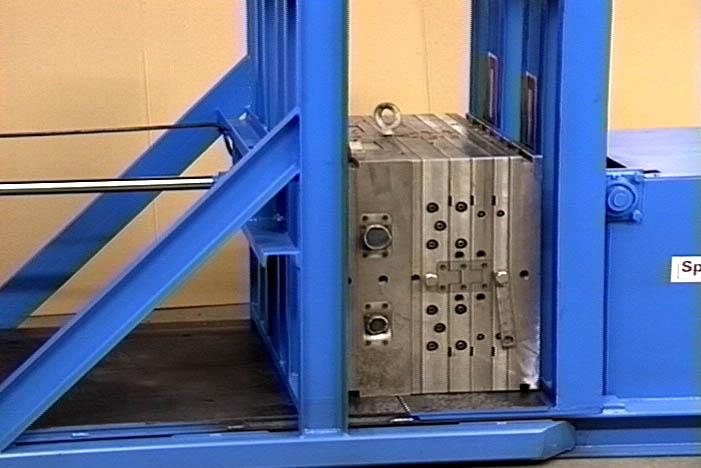 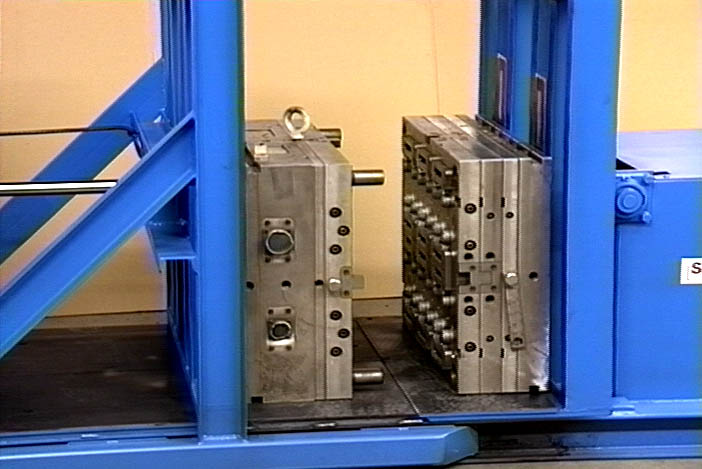 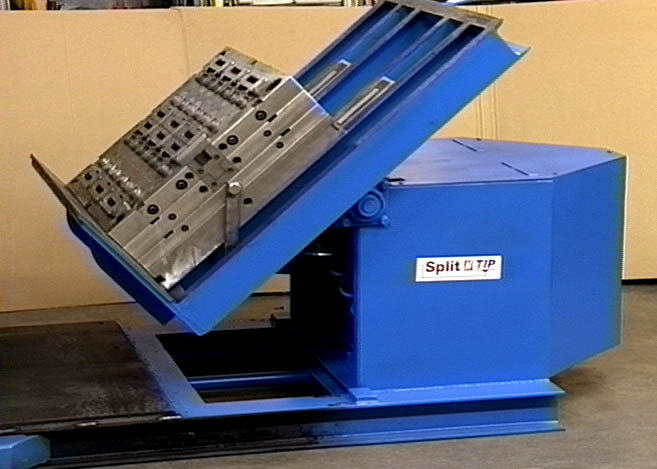 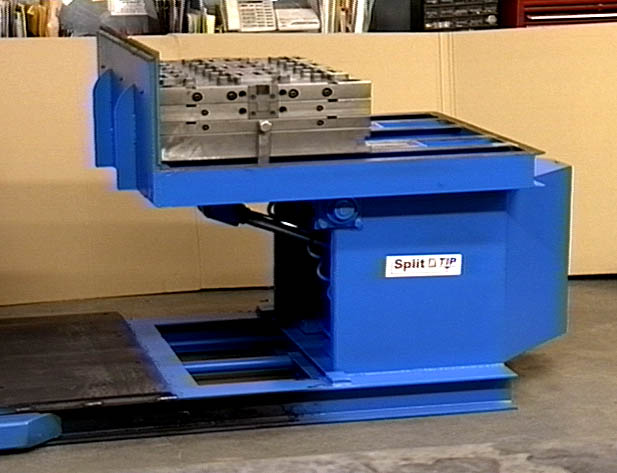 Built on the knowledge and experience of tool room managers, the Die-Sep has replaced the slowness, struggle and danger of opening molds with cranes and pry bars. Today, with the Die-Sep, tool room technicians focus on maintaining molds, not struggling to open and close them.

1989 – In 1986, the plant manager of a Wisconsin custom molder was simply tired of observing the physical energy and frustration associated with the opening, tipping and closing of molds. He told the head of maintenance, Joe Forrestal, and others to find a machine to help out the tool room. Nothing was available. It was apparent that the only solution was going to be to design and build a mold separator.   They landed on the idea of designing a machine strictly for the tool room that would use magnets to quickly mount molds and hydraulics to open them.

In a local fabrication shop, they began building the first prototype machine. By 1989, the first mold separator using magnets and hydraulics was completed. Their first machine only opened and closed molds as they slid along I beams and was sold to their employer. They patented their designs and built three more machines. For the next seven years no machines were built or sold.

2000 – In the late 90’s, Louis Bowler moved his family north from New Orleans, Louisiana to the frozen tundra of Wisconsin to take over the sales and marketing for a proprietary plastic manufacturer. Shortly thereafter, he was introduced to Joe Forrestal, the patent owner of the mold separator. Joe had branded his patented idea Die-Sep and his company was organized as Die-Sep, LLC. As Joe had not actively marketed Die-Sep Louis agreed to help Joe introduce the Die-Sep to the plastic injection mold industry but only on the commitment that the machine would be of highest quality, massive enough to withstand the brutally of such heavy molds and guaranteed. Joe and Louis built a new machine and introduced it to the world at the National Plastics Exposition in 2000 … and sales began.

Immediately after NPE2000, Lou sketched out a tipper to add to the stationary platen. The first Die-Sep, with a tipper was sold that allowed the machine to open molds weighing 10,000 pounds and tip mold halves weighing 5,000 pounds.

2012 – After eleven years of selling the Die-Sep, in 2011, Louis, along with two of his brothers decided to put a team together to buy the company and the patent from Joe. In April, 2012, CLM Marketing, Inc. (CLM) purchased the patent, trade name and other assets of Die-Sep, LLC from Joe. CLM (for Charles, Louis and Mike) began selling the newest version of the Die-Sep at NPE2012.

TODAY – The current Die-Sep, while vastly different from its seed version, still adheres to the first commitment made by Joe and Louis in 2000.  And, it still uses the two basic concepts of the original design and patents, magnets to mount the mold and hydraulics to open, tip and close them.

Most Die-Sep machines are sold with accessories of a table top and core pull accessory that allows technicians to hydraulically activate cores while their molds are sitting in the bay of the Die-Sep. An adjustable/moving or floating floor allows non-supported molds, that is, molds with quick change plates or legs only near the mold bases, but not supported at the parting line to be opened using mechanical supports.

The Mini Die-Sep, which was introduced at NPE2015, handles molds as small as six inches cubed and weighing up to 3,000 pounds.

The company branched out from selling strictly a mold separator and tipper when it introduced its portable Mold Water Leak Tester. The tester is capable of being used in either the tool room or at a production press where the mold can be tested under pressure.  The Mold Water Leak Tester allows technicians to test   up to 12 individual circuits time. A thirteenth circuit can be attached to a cam lock fitting to test through a mold’s water manifold.

The Future – Lou’s vision is for the Die-Sep to ultimately become the central focus point of plastic injection mold plant tool rooms. The table top, core pull accessory and other additions that the Die-Sep is capable of containing is slowly closing in on that goal. We’re developing a plate pulling accessory and several other accessories for servicing your molds right in or on the Die-Sep. We are constantly in the design phase.